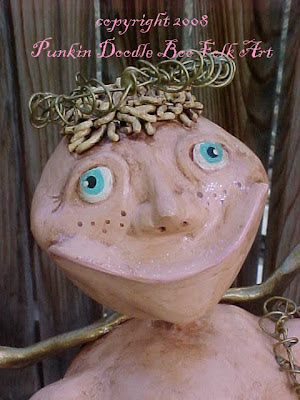 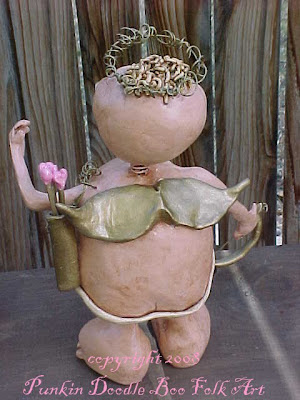 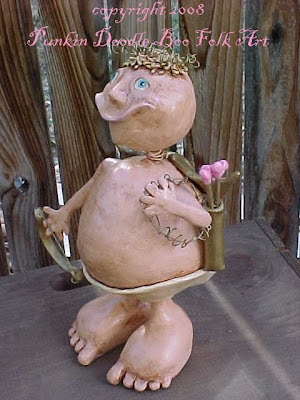 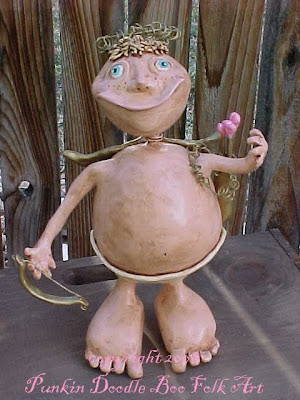 Here is my latest piece! I just finished him this afternoon. Doesn't seem to be enough hours in the day anymore! Anyway, this cupid is so much fun! Lots of little, fun details! I listed him on EBAY!
Posted by punkindoodleboo at 4:15 PM 1 comment:

I am now on Etsy!
http://www.punkindoodleboo.etsy.com/ 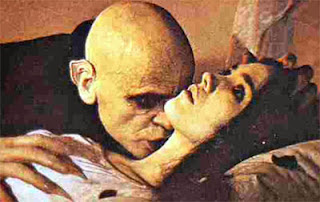 Posted by punkindoodleboo at 2:46 PM No comments:

New things to be posted! 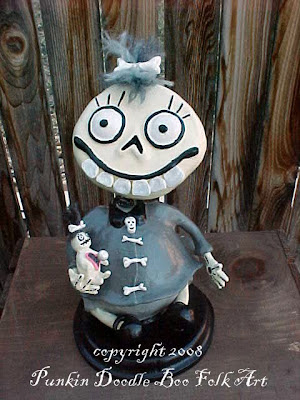 New Bunnies and ACEO's are posted on EBAY! Check it out!

Here is my MRSBO Raggedy! She will be posted on January 31st!
Posted by punkindoodleboo at 3:59 PM 2 comments: 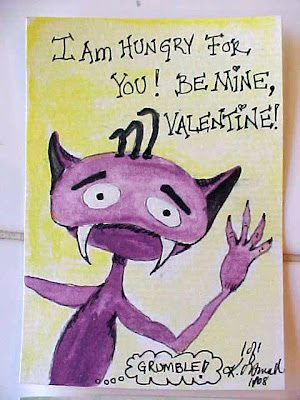 I have just finished some New Valentine's ACEOs to be posted this week on EBAY! Here is a sneek peek from the set of 4!

My 2 new bunnies will be posted this week as well! They are completed and probably go up this evening. I have decide to put them both on EBAY.

I am still working on my new cupid as well! He will have lots of fun details... I hope to have him done by the close of the week.

My MRSBO Raggedy is done and just awaiting her hair! I will then be writing a story about her as part of the challenge. All of those dolls from the MRSBO Challenge will be posted on January 31st on EBAY!!! Just do a search for MRSBO on the 31st!

Finally! A new HA31 UHAT Challenge is in the works! The due date is March 1st. We will be doing an "Easterween" challenge!

Posted by punkindoodleboo at 5:58 PM No comments:

New things to be posted soon! 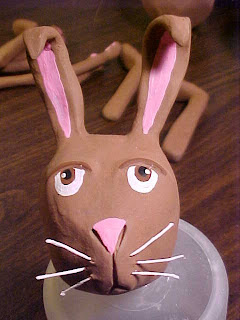 SO Sorry for the brief hiatus! Lots going on in my household the last few weeks!
I have been hold up the last two days in my studio! I have been so busy the last few days creating! I have two new "Chocolate Bunnies" that will be posted this week. They are similar in design, but have different faces and Easter Egg designs. I will be posting one on ETSY and the other on EBAY this week! They will be sitting jointed nodders and lots of fun! 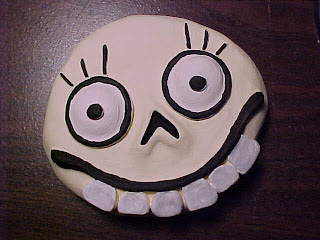 My MRSBO Raggedy Ann Challenge piece is just about done. I painted her quite a bit today and she is going to be wicked cute! For those of you who love really unique pieces this is most definitely it! She will be listed on EBAY January 31st.


Finally, I have a wonderful Valentine's Day piece in the works. I have spent a lot of time developing this piece and he is drying as we speak. I anticipate that he will be ready for sanding tomorrow. This sculpture is FULL of PunkinDoodleBoo whimsy with his big feet, droopy diaper and the most delightful smile. I will be posting him this weekend on EBAY! 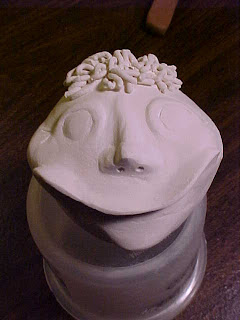 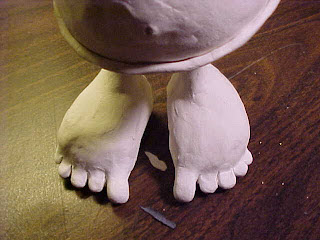 Many years ago there was a an author and psychologist named Heinrich Hoffmann. He wrote short stories about naughty children. His most famous is Stuwwelpeter. It's about a disgusting boy who never cut his hair or fingernails. He wrote several othre stories like Stuwwelpeter.

Here are some links to Mr. Hoffmann stories:

I am working on PHOEBE ANN, THE PROUD GIRL (this should be fun!):
This Phoebe Ann was a very proud girl,Her nose had always an upward curl.

She thought herself better than all others beside,And beat even the peacock himself in pride.

She thought the earth was so dirty and brown,That never, by chance, would she look down;And she held up her head in the air so high that her neck began stretching by and by.It stretched and it stretched; and it grew so long that her parents thought something must be wrong.It stretched and stretched, and they soon beganTo look up with fear at their Phoebe Ann.

They prayed her to stop her upward gaze,But Phoebe kept on in her old proud ways,Until her neck had grown so long and spareThat her head was more than her neck could bear—And it bent to the ground, like a willow tree,And brought down the head of this proud Phoebe,Until whenever she went out a walk to take,The boys would shout, “Here comes a snake!”

Her head got to be so heavy to drag on,That she had to put it on a little wagon.So don't, my friends, hold your head too high,Or your neck may stretch, too, by and by.

Posted by punkindoodleboo at 9:14 PM 2 comments:

Here is my "Feeble Pretidigitagator"! Love that mole!! My gentleman is an evil magician, fresh from a long stage show in New Orleans where he studied the dark arts and voodoo. The doll he conjures will be very interesting indeed :). Here is a little sneak peek of what she looks like so far! 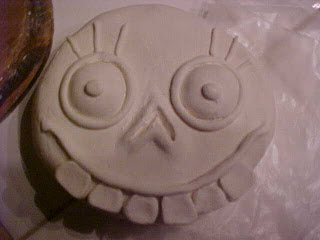 Posted by punkindoodleboo at 9:02 PM No comments:

Jack Frost nipping at your nose... Is Jack Frost nipping at your nose? As I write, it is beginning to snow, AGAIN! We had a very quiet and peaceful White Christmas this year... We got about 6 or 7 inches on Christmas Day, it was beautiful. I think the weatherman said that we had only had 13 actual White Christmases in over 116 years. Anyway, something like that! Here is my entry for hte HA31 winter icon challenge. I had a tough time deciding between my Snow Queen or Jack Frost, but in the end, when both pieces were finished, this was an easy choice. I think I am in a crazy eye's period :)! 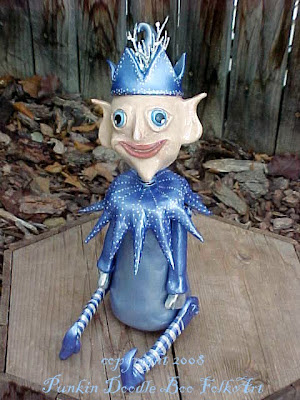 He is has jointed arms and legs. He is a shelf sitter with lots of movement and his head sits atop a spring! Lots of different shades of metallic blue!
Posted by punkindoodleboo at 10:53 AM 1 comment: 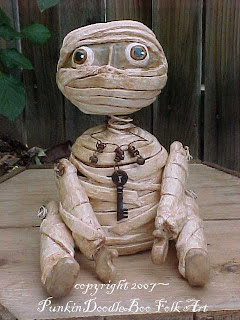 As I write this, it is the afternoon of New Year's Eve. 2007 is just about at a close! Can you believe it?! A lot went on this year!


As you can see :), I just started blogging! My website is up and running again, http://www.punkindoodleboofolkart.com/! I am doing well on e-bay, and I added some new clients. I just started selling on Etsy in December and I was a featured artist on HalloweenArtists.com in the month of November! To the left is the entry that was chosen :).

2007 was wonderful for me and I am truly excited about 2008! I have three new projects in the works that are all the result of new challenges I have taken on. I have recently joined two new Artists Groups through ebay, PWGL~Prim and Whimsy Girls AND MRSBO~Mrs. Blathersby's Orphange. The later is a group of artisans who have challenged themselves to think outside the proverbial doll makers box! I can't wait for you all to see some of the new things I have been "cookin'up"!
I also have continued my membership to HA31~Halloween Artists... This group is so dear to me! Day, our fearless leader, and respected artist in her own right, launched a new site on October 31st of 2007, http://www.halloweenartists.com/. I am very proud to belong to such talented group. Currently, I am contributing to http://www.halloweenartists.com/ both as a member artist and column writer. Please drop by this very exciting new site! 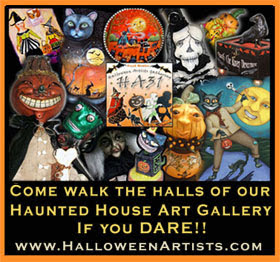 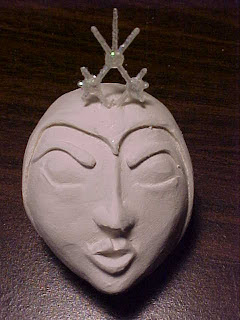 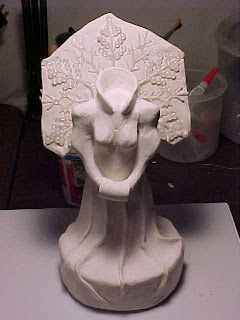 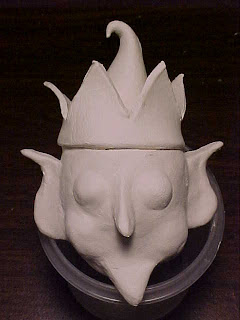 January Challenges for MRSBO (Deadline January 31st)~ "Official MRSBO Raggedy Challenge". I am working on a piece that I am very excited about. This piece draws on some work and sketching I did about 8 years ago (see below). I have started to think a little "retro" in my work by revisting my old portfolios and sketch pads. 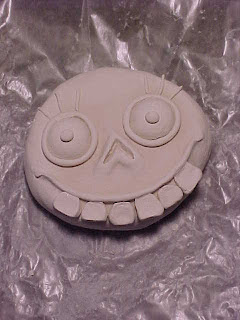 Also, as some of you may know, HA31 did a very successful set of ebay auctions during the first week of December around Krampus! For those of you who don't know who Krampus is, he is the Anti Santa :) READ BELOW~copied from allaboutkrampus.com!
Everyone knows that Santa keeps lists of good and bad children. If you are good you get a visit from Santa and he leaves toys. But in turn -of-the-century Europe, if you were bad you got a visit from KRAMPUS! Originating in Germany and the Teutonic countries, KRAMPUS acted as Santa's servant. As time passed KRAMPUS developed a rather malicious disposition and became almost an Anti-Santa. While jolly St. Nick delivered gifts to the good, KRAMPUS gave coal and rocks to the naughty, beat the bad with switches, and if a child was especially naughty, he would shackle them in chains, stuff them in a bucket and throw them into the fiery pits of hell! Beginning in the 1880's KRAMPUS appeared on cards that were sent on the Eve Of St. Nick and was depicted as a black dwarf dressed in a fur vest, Moorish clothes and a devil mask or horns. As time passed his feet were replaced with claws or hooves (sometimes one of each) and his body itself became covered in fur and he wore little or no clothing. Sometimes a common "devil" type tail is also added. Eventually his tongue became obscenely long as did his horns. On some occasions cards were sent not with a picture of KRAMPUS but with a simple picture of his switch or chains and the phrase "Gruss Vom Krampus!" (Greetings From Krampus) or "Brav Sein!" (Be Good). By the time of the 1960's KRAMPUS became more associated with adults and sex (much like a St. Valentine's Day devil) and postcards of that time often portray him leering at, and sometimes carrying away, nubile young women. 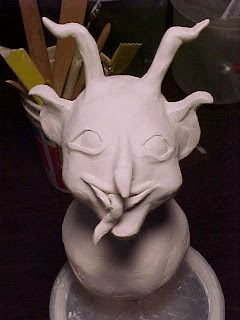 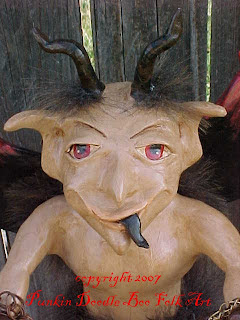 Anyway, I had so much fun with this (see pic) I am doing a couple more pieces for St. Valentine's Day and I have a couple ideas for "cupid" in the sketching stage! Stay TUNED!
Well ya'll~ That's all for now! Wishing you and yours a Very Happy, Healthy and Prosperous New Year! Thank you to those who have continually supported my work! Your support is very sincerely and deeply appreciated!
Hugs!
Katie

Posted by punkindoodleboo at 1:35 PM No comments: 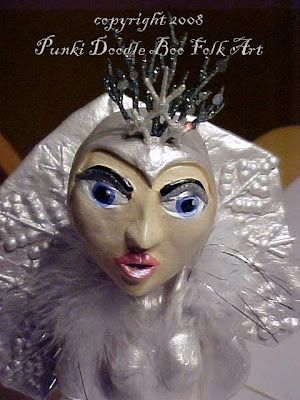 "Alright Mr. De Mille, I am ready for my closeup." Inspired by Norma Desmond and the luminous movie star of yesteryear, here is a sneaky peek at my HA31 Winter Icon Challenge. Mr. Jack Frost is still a WIP, but stay tuned :)!
Posted by punkindoodleboo at 10:13 AM No comments: 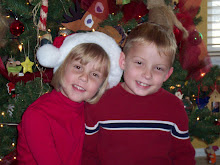 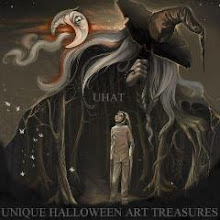